Posted in Electro, Hip-hop, Partying All The Time | 3 Comments » 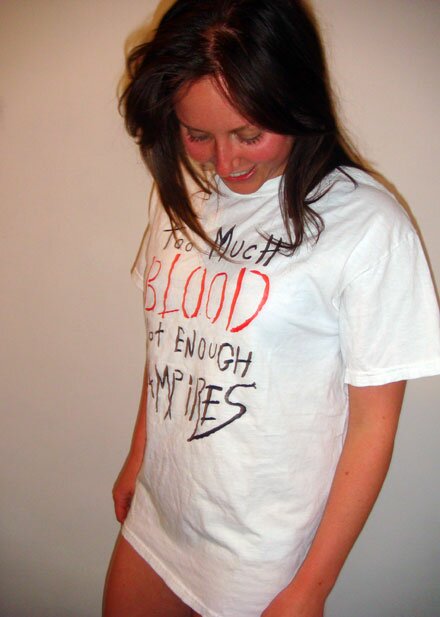 They might be one-note wonders with nothing more than a few well-received demo tracks to their name, but I’ve been digging Sleigh Bells. As Jane Bang has found (pictured on the shirt above from T.I.T.S clothing), they’re going to make for great remix fodder. I’ve totally been digging these two tracks that I got from Dancefloor Mayhem. Pure pop candy. The Drake Hotel reminds me of bars in Australia, and that reminds me of Sneaky Sound System. In the photo booth before us was a guy with his shirt off and a hot chick. Afterward, the guy bought us a round of beer, then drank Micker’s.

Check out this wicked remix of UFO by 18 year-old Melbourne prodigy RDCTBR.

Also make sure you check out RDCTBR’s Myspace page - it’s got an amazing background, the kind that is only designed by innate talent.

Posted in Electro, From Aus, Partying All The Time, Remixes | No Comments »