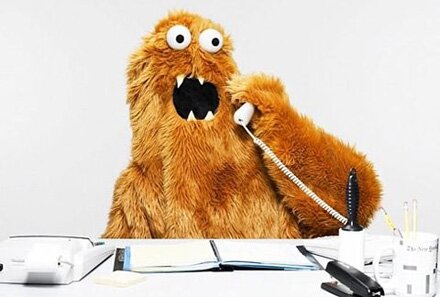 I’ve always thought that songs about phones and texting were hilarious, and that’s why I loved Scotty Dynamo’s remix of the Gaga and Beyonce hit telephone before I’d even heard the original. Here’s some other phone-related musical mayhem to go along with it:

You can download a bunch of Scotty D’s other tracks at ScottyDynamo.com, and he’s ScottyDynamo on Twitter, too.

For another classic telephone track, check out The Firm’s Phone Tap. Its aged surprisingly well. And since we’re on such a tele-kick here, also check out how The Mentalists cover MGMT’s Kids on iPhones.

And of course, the video for Telephone is unreal.

Monster image above via