We got ya’ phone tapped 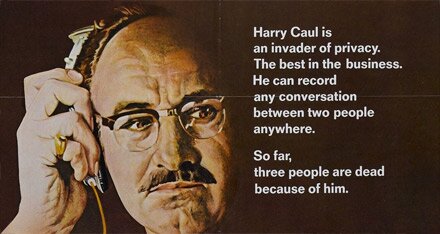 One of the reasons I think that The Firm might be one of my all time favorite albums is this song, Phone Tap.

While a lot of rappers like to casually drop rhymes about how they be textin’ they honeys and gettin’ pages from they boyz, The Firm knows that the reality is that anyone can be listening into these conversations.

This track is basically a phone conversation between what sounds like two drug dealers, and the listener is able to hear both their conversation the radio traffic of the  authorities tapping their phones.

With lines like “I hit you right back because the static is thick” they constantly remind you that they’re on cell phones, talk of their kids is interspersed with the chorus letting you know that their phones are tapped. The whole thing sends chills down my spine, and this feeling is reinforced further with foreshadowing when one of the guys on the phones tells the other that it is “all good” but that he shouldn’t use the phone tomorrow.

Truly a track ahead of its time.

Image above from a movie poster for the classic Hackman flick The Conversation. Watch it to see Harrison Ford’s greatest role ever.

This entry was posted on Wednesday, January 28th, 2009 at 7:58 am and is filed under Hip-hop. You can follow any responses to this entry through the RSS 2.0 feed. You can leave a response, or trackback from your own site.

3 Responses to “We got ya’ phone tapped”