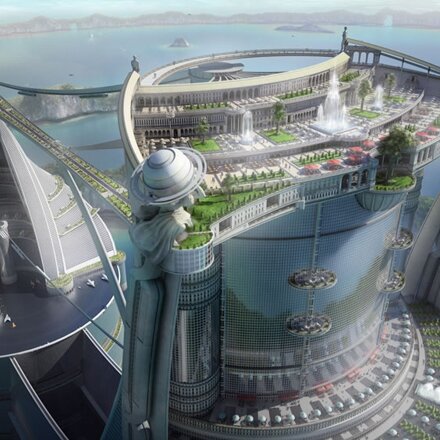 Looking at pictures of future cities is always a good time, and when you’ve got electronic soundtrack its even better.

These are some tracks that have landed in my inbox, and while they don’t have as heavy of a beat as some of the stuff I’ve been listening to lately they’re still pretty good. I’ve written about Dr. Hollywood before, and I think they’ll probably have some great stuff coming up.

This week marks the first time I’ve heard of Belfast Synth pop duo Uber Glitterati, and I think they’ll stay on my iPod for a little while. I think it’ll make for great music to walk around the city with, something a little lighter than what I usually listen to. You can find some other tracks by them on Soundcloud.

Uber Glitterati - Out of Mind

Image via Cool Vibe. They’ve also got a ton of other great sci-fi art.

This entry was posted on Saturday, February 20th, 2010 at 8:51 am and is filed under Uncategorized. You can follow any responses to this entry through the RSS 2.0 feed. You can leave a response, or trackback from your own site.