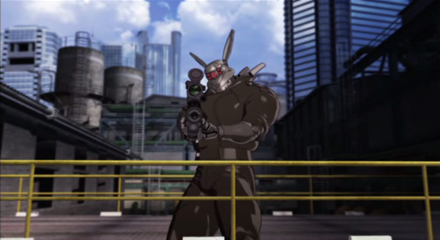 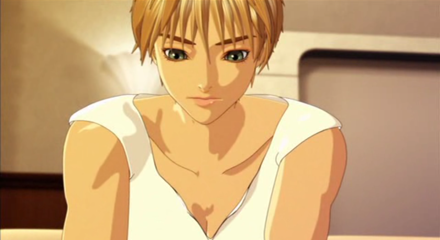 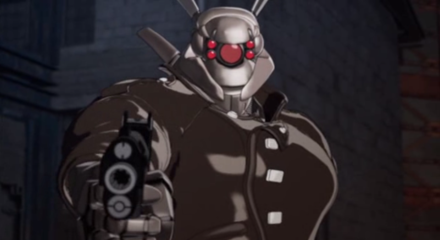 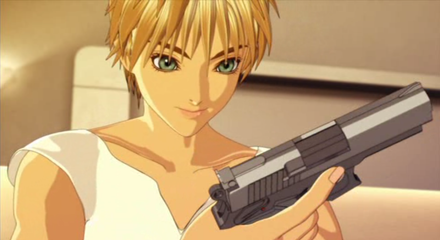 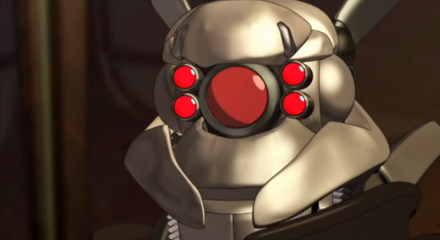 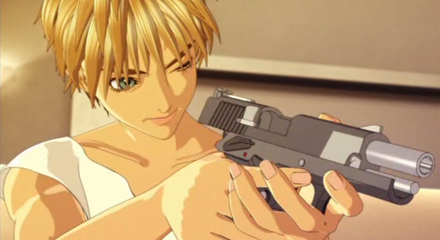 The actual plot of the 2004 Appleseed movie isn’t all that interesting, despite  frequent references to Greek mythology and a Utopian city half-populated by “bioroids.” In fact, I’d be hard pressed to even tell you what the movie was about after watching it in Japanese once, English once and reading the Wikipedia entry on it. Characters seem to know each other, but its never really explained. I’m also not really clear on the government of this futuristic city, ruled by a prime minister, a military dude, a bunch of old men hooked up to life support and an Artificial Intelligence.

What I do like about it is the animation, particularly during the fight scenes. One of my favorite moments is when the main character, the “legendary warrior” Deunan (the chick that looks like a 13 year old boy), and her now-cyborg ex-lover Briareos (the dude that looks like a cross between a Cylon and the rabbit from Donnie Darko) square off against three sexy robots that use whips as weapons. The scene peaks when Briareos punches one of them in half.

Boom Boom Satellites - Dive For You

Hit up Boom Boom Satellites on iTunes and MySpace

Basement Jax on iTunes and MySpace

This entry was posted on Sunday, March 1st, 2009 at 1:18 pm and is filed under Electro, Japan, Sci-Fi. You can follow any responses to this entry through the RSS 2.0 feed. You can leave a response, or trackback from your own site.

One Response to “Appleseed, what?”