I Just Want To Throw Ds On Everything 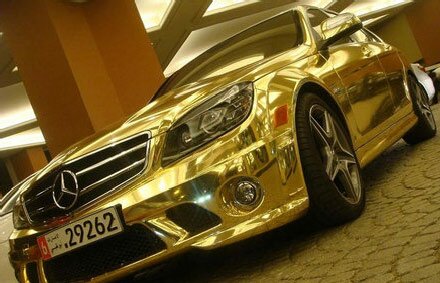 I pretty much spent all of last Saturday ballin’ in a nice hotel room drinking champagne and watching BET with my special lady. When the video for Rich Boy’s “Throw Some Ds” came on a few times, I was hooked.

Just listen to it: Nothing says celebrating success by spending obscene amounts of money on novelty rims for your car. He isn’t out to change the world, or rap about how he feels. He just wants people to know how much he has to throw down on car accessories.

The best line of the song is when he says that the reason for not putting tint on the windows is so that those motherfuckers can see its him driving.

Say what you will about his music, you’d at least think a guy spending that much money on car accessories would invest a little green in the design of his MySpace page.

No, actually you know what? A guy ballin’ as hard as Rich Boy probably doesn’t care about his MySpace page. Not when he’s so busy Tweeting as Cartier Benjamin.

(And while you’re peeping his Tweets, check out 199X on Twitter)

This entry was posted on Saturday, February 13th, 2010 at 3:40 pm and is filed under Hip-hop, Partying All The Time. You can follow any responses to this entry through the RSS 2.0 feed. You can leave a response, or trackback from your own site.

3 Responses to “I Just Want To Throw Ds On Everything”