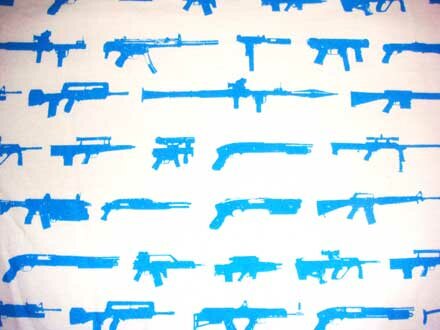 Woolcovered recently pointed out that Cadence Weapon has released a mix tape under the “pay-what-you-can” model.

I threw Cadence five bucks for the album, and you should too.  I saw him perform in ‘08, and he was pretty entertaining. Here are a couple of tracks to get you started:

I picked up that shirt in the above picture at Capsule (69 Yorkville Avenue, Toronto).  I don’t think that a single gun is repeated on the entire shirt, but I bet that the part of you that is stoked for the G.I. Joe movie is trying to name every single one of those guns.